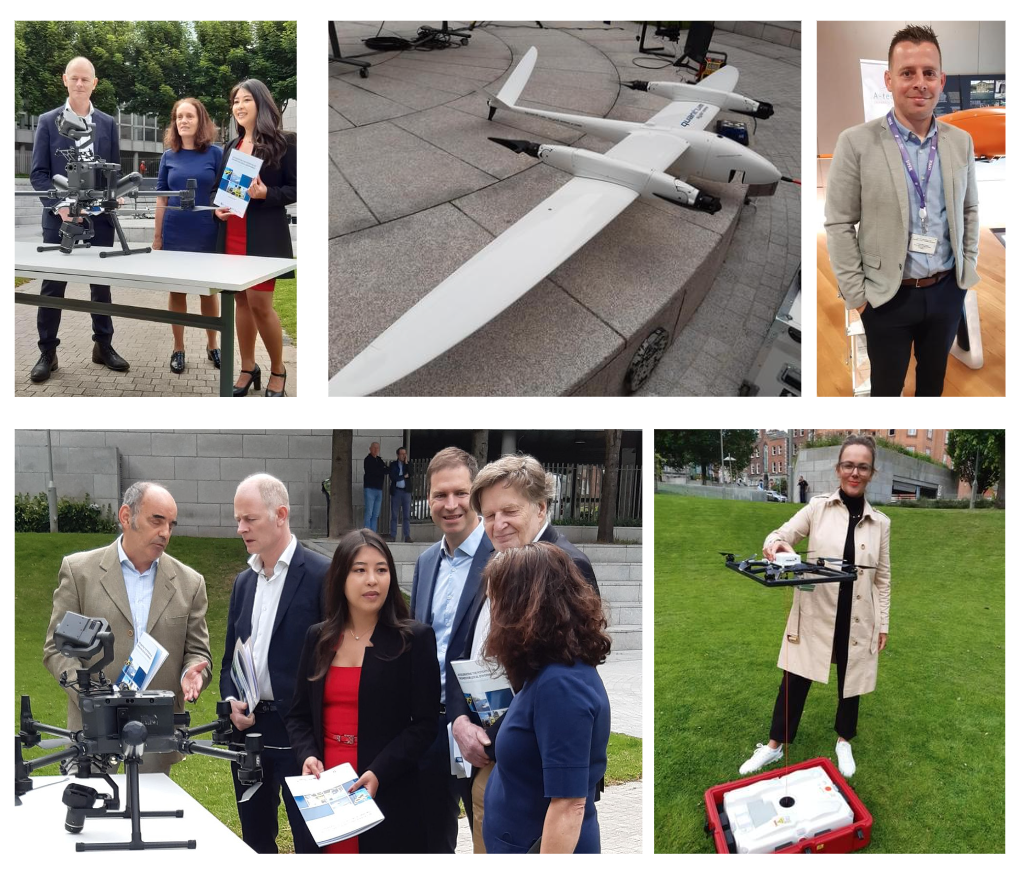 Smart Dublin has launched the International Best Practice Report for local Government. Smart Dublin received €35,000 under the 2021 Public Service Innovation Fund to accelerate the potential of drones for local government.

Civil defence, emergency response, public safety and environmental monitoring applications are already realising the benefits of drone technology. This is just the start of what is possible according to a report launched today on international best practice and future trends in drones which was delivered as part of an initiative to accelerate the potential of drones across local government in Ireland.

The project was co-funded by the Department of Public Expenditure and Reform’s Public Service Innovation Fund, and led by Dublin City Council’s Smart Dublin team.

The Minister of State for Public Procurement and eGovernment, Ossian Smyth TD, who launched the report today at the offices of Dublin City Council said: “I am delighted to see organisations such as Dublin City Council, the Local Government Management Association (LGMA), the Irish Aviation Authority (IAA), Maynooth University and others come together to think about current and future applications of drone technology and to map out how we can all collaborate to maximise the benefits of these technologies. The DPER Public Service Innovation Fund (PSIF) was designed to support projects like this that are driving innovation across the sector.”

Also released were the results of a national omnibus survey of 900 respondents which found that 84% of respondents felt positive about drone technologies and there is confidence that drones could be delivering mail (67%) and takeaways (55%) across Ireland by 2025. Concerns that were identified by respondents include the importance of trust (75%), privacy (54%) and safety (50%), key issues that will need to be addressed before the technology realises its full potential.

Owen Keegan, Chief Executive of Dublin City Council stated: “The City Council through its fire services, building control and survey and mapping teams are using drone technologies to allow us to work more safely and efficiently. As we start to consider how we scale these operations it is critical that we continue to do so in a way that builds trust with our communities. I’m delighted to see the Smart Dublin team drive this project with the support of such a wide range of collaborators across industry and academia.”