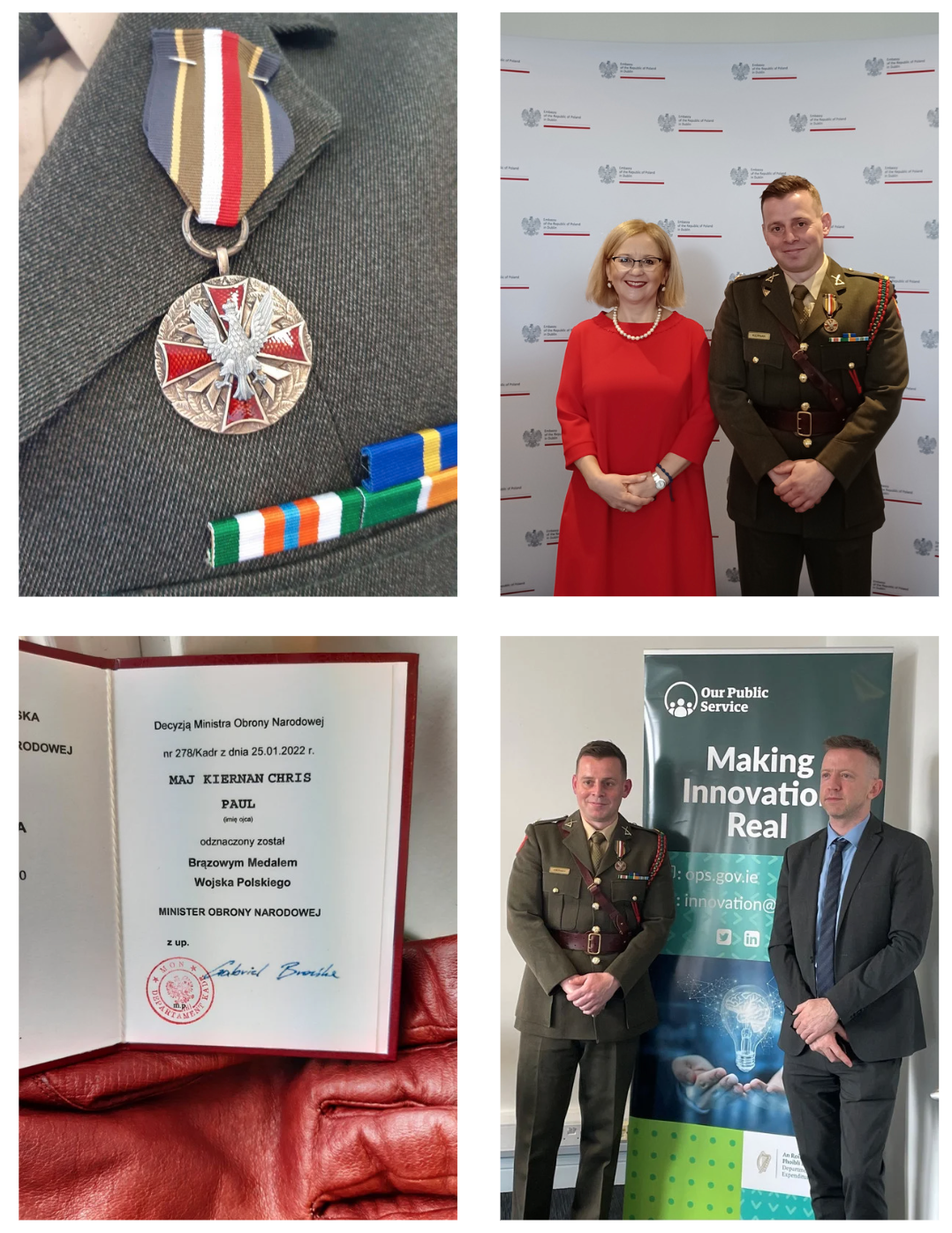 Our Public Service team member, Commandant Chris Kiernan has been awarded the Polish Army Medal. The medal recognises service to the Polish Army by foreign civilians and military personnel.

At a ceremony in the Polish Embassy in Dublin on Tuesday 3rd May, Poland’s Constitution Day, Chris was awarded the medal for services to colleagues while on duty with 116 IRISHPOLBATT serving with the United Nations Interim Force in Lebanon.

Chris Kiernan is currently on secondment to OPS from the Defence Forces for two years as Innovation Fund and Strategy Manager.

Speaking after the event Chris said, “I would like to extend my gratitude for this award to the Polish Embassy. It is a privilege to be recognised by my Polish colleagues and to attend today’s award ceremony.”